Freelance arts and culture journalist/lecturer. My work is regularly found in NME, Evening Standard, The Guardian, Empire, The Quietus, GQ, The Independent, MixMag, Crack and more. 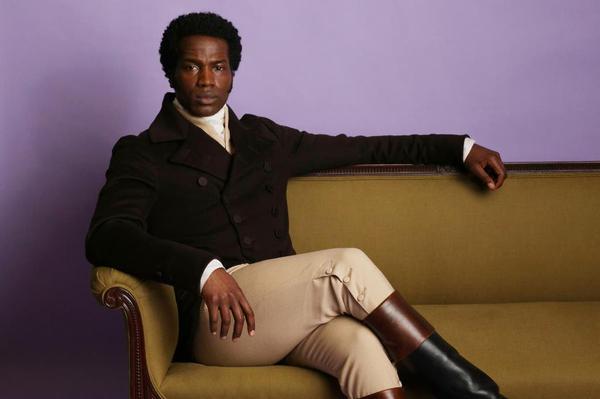 His role is a far cry from the one he’s best known for, as undercover cop Elliot Finch in Sky Atlantic’s hit crime drama Gangs of London (season two of which will launch later this year), who lives on a knife edge working as a trusted enforcer for the Wallace crime family, always at risk of discovery. Mr Malcolm, by some considerable contrast, is a rigid, set-in-his-ways bachelor in Regency London, who puts together a list of attributes he wants in a wife… 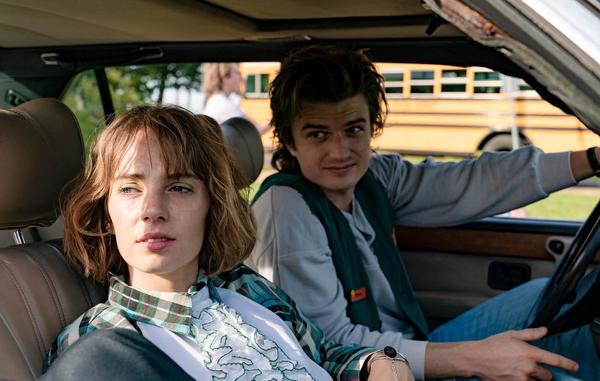 Joe Keery: "I want my stage persona to surprise people"

It’s a roasting hot July day at Lollapalooza festival, Chicago, and Joe Keery is strutting confidently about the Bud Light Seltzer stage, electric guitar in hand. “What’s going on?!” he shouts to the sweaty crowd, “Y’all staying cool?” Some replying screams suggest they are, but Keery must be boiling. He’s sporting head-to-toe white overalls (as are the other touring members of his psych-rock outfit Djo), blocky sunglasses and a shoulder-length brown wig… 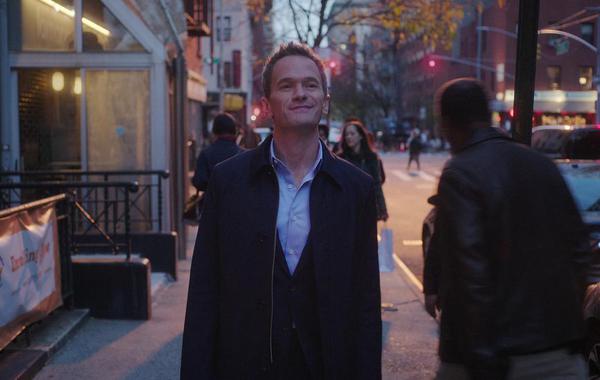 It’s a big year for the gay romcom. In September, there’s the arrival of Billy Eicher’s Bros, the first romantic comedy from a major studio featuring two gay men in leading roles, plus a principal cast made up of entirely LGBTQ+ actors. Now, there’s also Netflix’s new Neil Patrick Harris-starring Uncoupled – a show about a gay man called Michael who is thrown into dating turmoil in his mid-40s after his partner of 17 years leaves him... 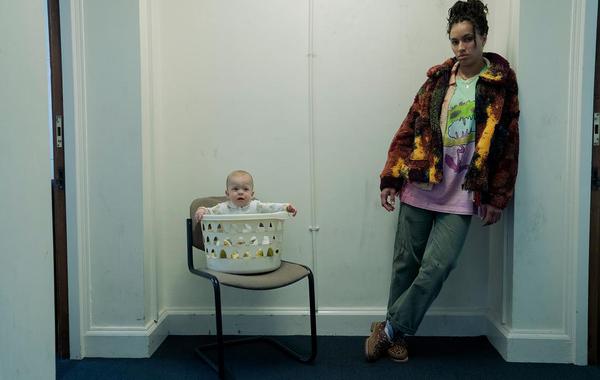 Comedy-horror 'The Baby' highlights a grim reality for modern mums

The first episode of Sky Atlantic’s new miniseries The Baby is enough to put women off having children for life. It follows chef Natasha (Michelle de Swarte), who gets more than she bargained for on holiday when a young mum falls to her death from a clifftop in front of her. Moments later, the dead mother’s baby drops from the sky and into her arms. But this is no ordinary baby... 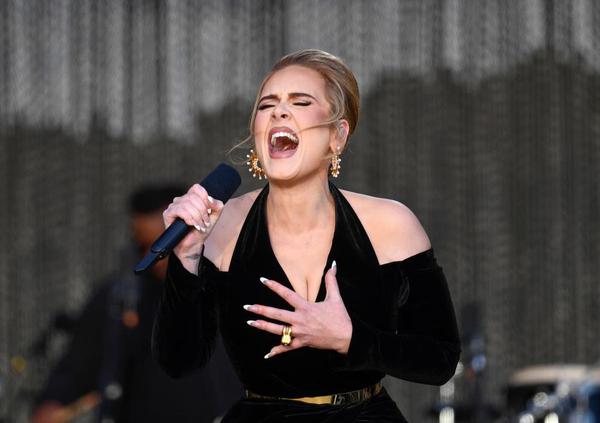 Her first public UK gig in over five years, the musician was visibly teary as the 65,000 strong crowd sang her hit back en masse. “I’m so happy to be here,” she enthused half-way through the song. “I’m back home.” As ever, despite being one of the biggest musicians on the planet (stars like Tom Cruise were watching from the VIP area), Adele retained her familial relatability with the audience from the get-go... 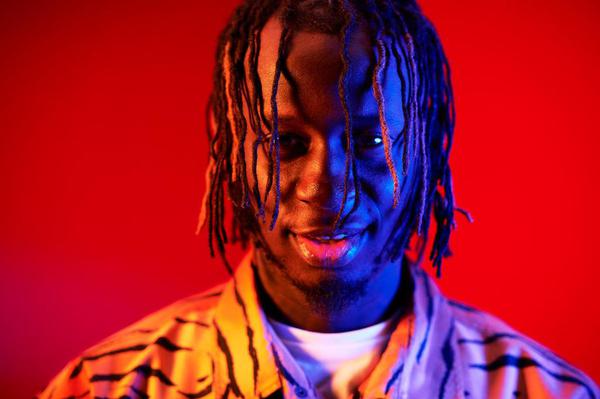 BackRoad Gee on Wireless, working with Jay-Z and his police PTSD

BackRoad Gee, whose real name remains a closely guarded secret, featured on Jay-Z’s King Kong Riddim, which appeared on the soundtrack to Idris Elba’s film The Harder They Fall in 2021. He still pinches himself that it happened at all. “I didn’t think any of this was real until the premiere,” he smiles through his diamond encrusted grill. “At that moment, then it became real... 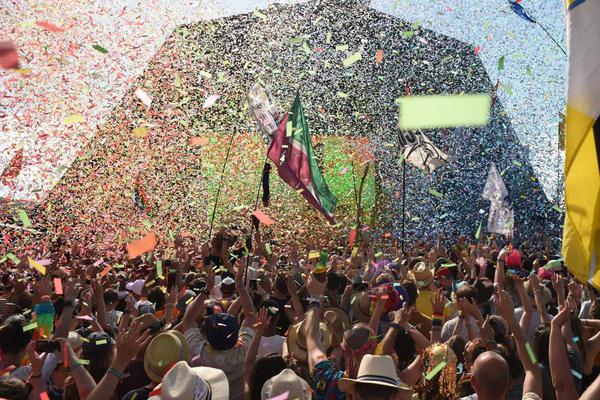 One of the buzziest live bands of the moment, Bradford’s Bad Boy Chiller Crew are sure to deliver a memorable set at their first ever Glastonbury. MCs Kane, Clive and GK started out sharing comedy skits online before moving into music and quickly gaining a cult following. With booming basslines and infectious dance tunes, expect lots of bouncing – and a whole heap of fun... 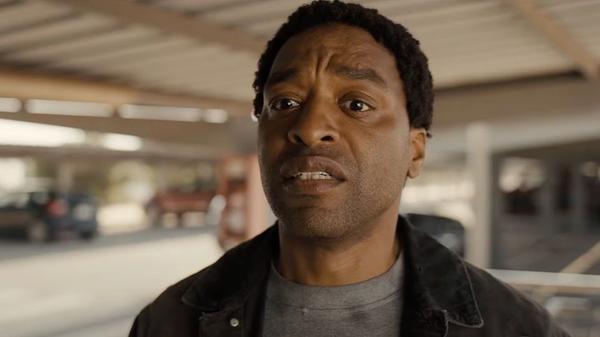 NICOLAS ROEG’S DAVID Bowie- starring The Man Who Fell To Earth was a bold, radical piece of science-fiction when it came out in 1976, and, thanks to its unsentimental outlook and pleasing oddness, still is today. Now, it’s getting a similarly discordant series, starring Chiwetel Ejiofor as the twitchy, erratic Faraday: the latest alien from the planet Anthea to land on Earth... 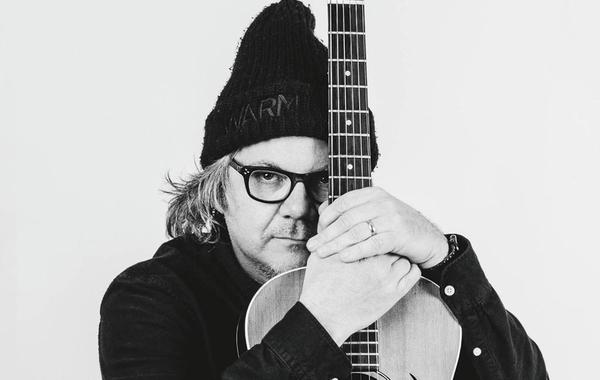 “I remember hearing it and just thinking that it sounded like it had been made by celestial beings or something! An unbelievably fortunate thing in my life was that my older brothers, sister and aunt all had lots of records. By the time I was seven or eight-years-old, I had such a passion for records that they all ended up giving me theirs from the 1950s – I sort of inherited them. I listened to those records all day long, but especially this one.” 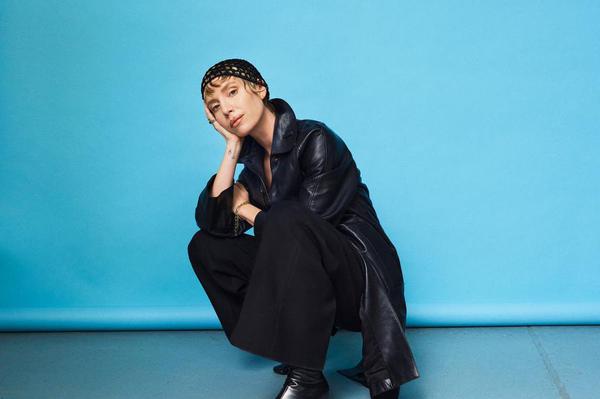 “I’d been on the road for so many years and I have so many health issues,” she explains of “destructive” touring cycles. “I found [touring] very difficult and I still don’t know how to balance that with art,” she admits. “Just travelling itself is [hard], I’m very introverted and sensitive and I always get sick. It’s just not very helpful for the body in general: I struggle with it a lot.”… 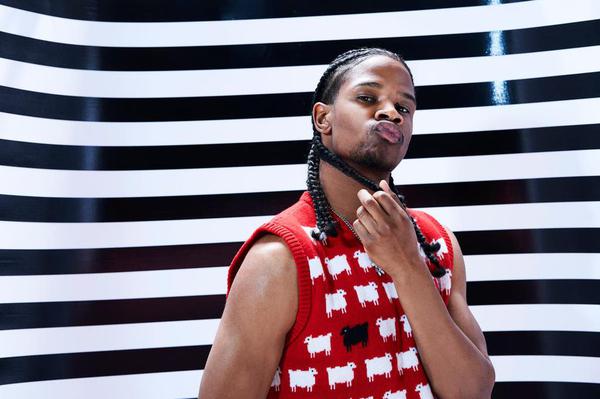 Kam-BU: the London rapper on racism, Grenfell and cleaning out rivers

“Music’s cool, I love music and I love doing shows, but I feel like there’s more to do with my time and looking after the environment is one of them.” When we speak, with him Zooming from his dad’s home in Richmond, he’s on a rare day off in between recording his next project and his volunteering work, both with the London Wildlife Trust and at Twickenham’s Crane Park. This is not your average music interview, it’s fair to say... 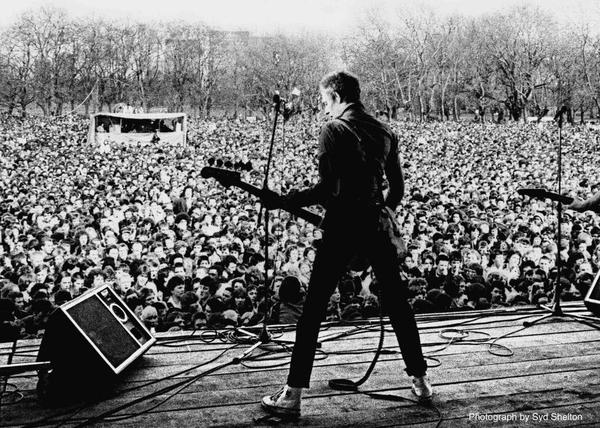 When London’s music scene took on the racists – and won

Soon after arriving home, Shelton started to visually document a new movement called Rock Against Racism (RAR), which aimed to bring communities divided by racism together through music. Rebel Music, an upcoming new festival in the South East London borough of Lewisham, explores RAR’s history and its links with the area, as well as London’s wider history of activism through music... 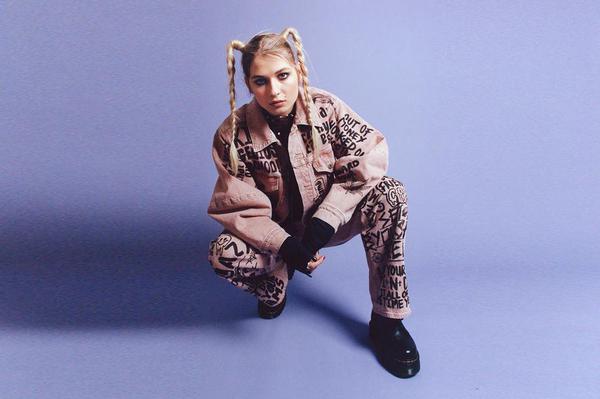 Baby Queen: The music industry puts female artists against one another

The Hole frontwoman posted about her love of Lathum’s music on social media and the pair started to message each other online. Soon after, Love asked Lathum to meet, and she flew out to America to Love’s home. “I went there and was like ‘who knocks on Courtney Love’s door?! It was absolutely f**king ridiculous,” she laughs, saying standing on Love’s porch, waiting for her to answer, was a surreal experience. She offered Lathum some “inspiring” advice – something she says she could have done with… 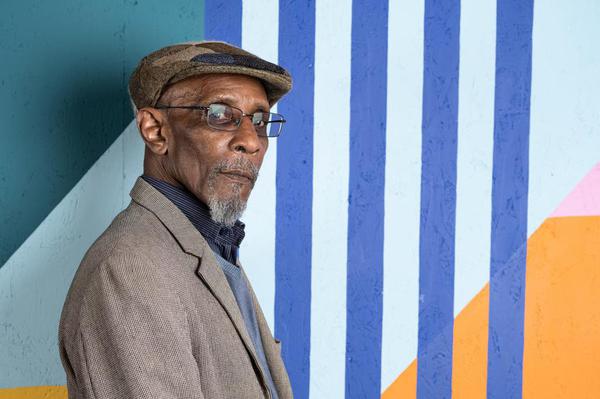 Linton Kwesi Johnson: ‘Racism’s still very much in the DNA of the UK’

Johnson arrived in Brixton, aged 11, after travelling from his home in rural Jamaica to be with his mother. She was a part of the Windrush generation and Johnson recalls how colonialism still propagated the idea of Britain as Jamaica’s idyllic motherland. “I thought England was this splendid place, this wonderful place, the mother country with castles and palaces and all this sort of thing.” What did he find when he got here? “Disappointment,” he says with a sigh. “Racial hostility was pervasive… 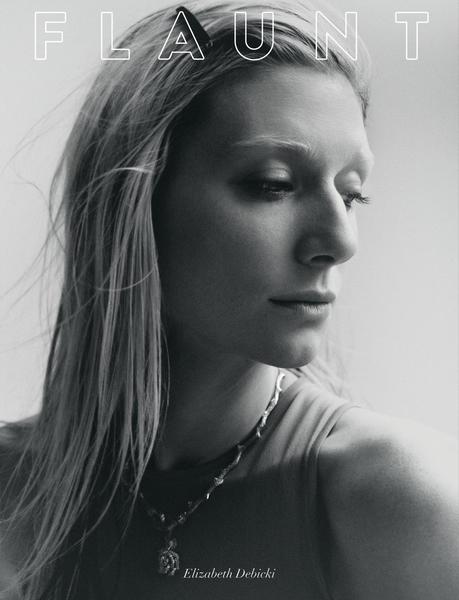 It’s been a breathless few months for Elizabeth Debicki and it shows no sign of slowing down. The Australian converses from her apartment in Brooklyn, where she’s having a momentary break from learning lines for her next role. She’s just finished filming on one of her biggest roles to date—playing Diana, Princess of Wales, in the upcoming season of The Crown— and next week, she’s back on set with James Gunn, filming the third installment of Guardians of the Galaxy… 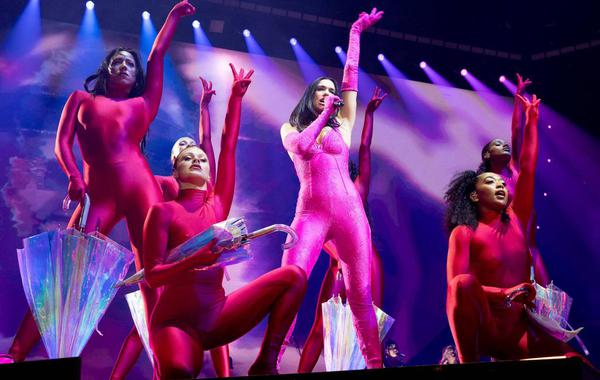 “We’ve been waiting so long, so long, to put this show on,” an emotional Dua Lipa tells 21,000 fans in Manchester on the opening night of her UK and European tour. She isn’t wrong: this tour was first announced in late 2019, just months before the pandemic hit. Several more cancellations and postponements would follow over the next two years. “Finally, we’re here”, she tells the cheering crowd, “…and it means the world.” That sense of unadulterated joy at finally being able to dance together ag 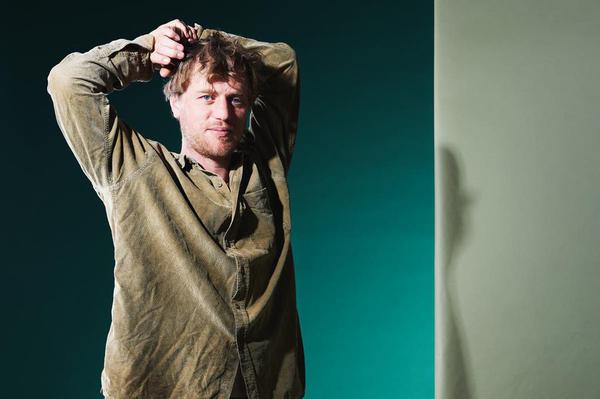 Johnny Flynn: ‘Play James Bond? I can barely get out of the house’

“I can barely get myself out of the house to go for a run once a month,” he laughs. He’s not sure he’d be up for the “very intense” physical demands of the role. “Never say never”, he laughs some more, but whoever the next Bond is, “at this point in history... it’s perhaps problematic to have another white man playing the part. There has to be a chance to look at how we create more diverse casting in some of these iconic franchises. 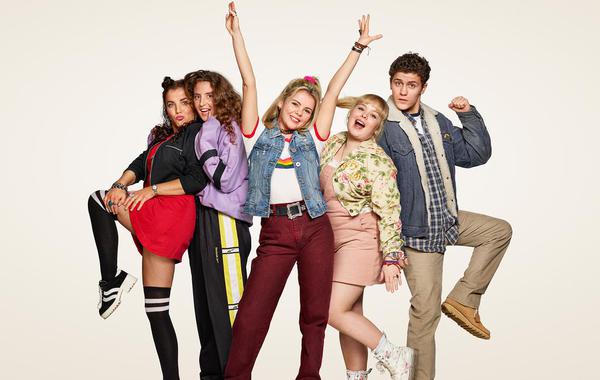 'Derry Girls': what to expect from the "epic" final season

When filming wrapped on the third and final season of Derry Girls, out next week on Channel 4, it was an emotional moment for creator Lisa McGee. Inspired by her own experiences growing up in Ireland, the hit sitcom’s last day of shooting felt like closing a door on her childhood. “People always say you don’t get to go back to your youth,” she tells NME during an afternoon Zoom chat, “but with Derry Girls, I did just that every day for six years. It’s been wonderful.” 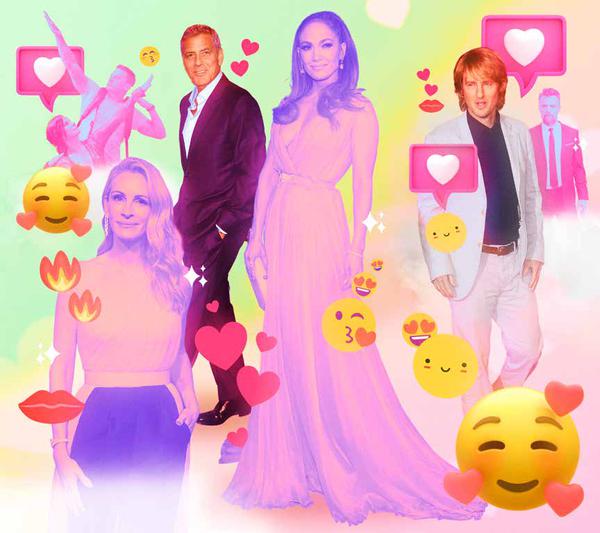 The Battle To Save The Romcom

THE ROMCOM appears to be in crisis mode. Gone are the days when boy met girl, messed things up, and 90 minutes later found himself running across some city to win her back. A new investigation reported by Yahoo! Finance has confirmed as much, stating that studios are currently commissioning fewer romcoms. Even genre queen Julia Roberts recently declared during an interview that over the last 20 years, good romcom scripts simply “didn’t exist”... 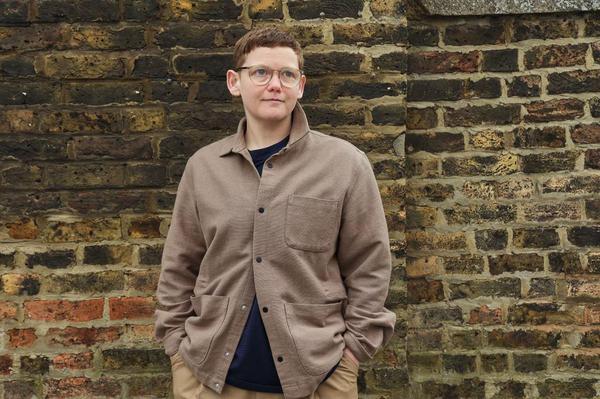 “I was on tour, and I had to keep going on stage. I was having these intense panic attacks and I had one on stage. I was behind the keyboard player in f***ing floods of tears, getting up, going back to the mic and just carrying on. I was in a lot of pain and that’s really where this album comes from, that experience of crisis..”
Load More Articles
Close ✕